A Filipino “journalist” has been receiving criticism for posting a rant about OFWs on his Facebook. 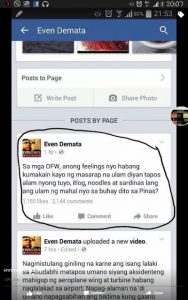 Named Even Demeta, the self-proclaimed journalist posted on his Facebook page about OFWs living a luxurious life while their families make ends meet.  The post has garnered 1,155 likes but 2,144 comments, most of which are angry OFWs.

An OFW named “Makagago” on Facebook, posted a reaction video to Demeta’s post, saying that Demeta doesn’t know what an OFW’s struggles are like.  He told his viewers not to generalize on OFWs.

Searching Even Demeta online, however, draws no credible news source apart from his Facebook, so it is concluded that he is not an expert journalist. 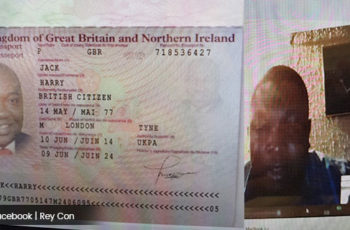