According to the Facebook video, the moment happened when the presidential aspirant withdrew his Certificate of Candidacy for Mayor at the Comelec on November 27.

While many personnel took the opportunity to take photos with Duterte, Meili Kis Tan asked her officemate to take a video. As the camera rolled, Tan teased Duterte by pouting her lips. The mayor responded by attempting to return the favor, which caused some of the ladies to giggle.

Social media personality Senyora Santibañez posted the video on Facebook. It immediately went viral, getting 7,000 shares and 350,000 views in a span of two hours.

Santibañez’s followers called Duterte a “Hokage”, a term coined in the anime series Naruto to refer to the highest and strongest ninja.

Duterte is known among Davao residents as “matinik sa chicks” or having a high appeal on women. This certainly showed in the video. 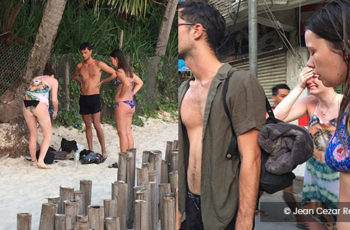 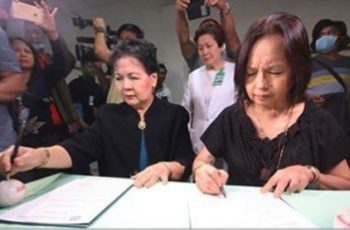 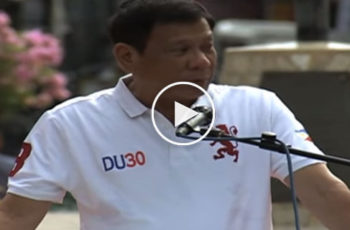 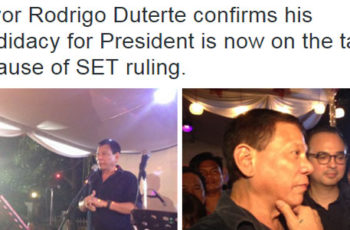 Spread the love11.6K    11.6KSharesIn the middle of all the ‘bad’ news …
Tags:Comelec Duterte Eleksyon Mayor Duterte