The PNP, through the Anti-Fraud and Commercial Crimes Unit (AFCCU) Criminal Investigation and Detection Group (CIDG) filed two (2) separate cases last Thursday and Friday, 26 and 27 November 2015, before the Quezon City Prosecutors Office and Manila Prosecutors Office against seven (7) individual suspects involved in the alleged global EmGoldex scam for violation of PD 1689 in relation to Art. 315 of the Revised Penal Code (RPC), also known as Syndicated Estafa.

According to AFCCU Acting Chief Police Superintendent Bowenn Joey M. Masauding, AFCCU-CIDG has filed the complaint of PO3 Lenin T. Guinit on Thursday (November 26) for Violation of PD 1689 in relation to Article 315 of the RPC (Syndicated ESTAFA) before the Quezon City Prosecutors Office while on Friday (November 27) AFCCU filed the complaint of PO2 Josegelio F Dayrit III for the same criminal offense before the City Prosecutors Office of Manila against the same respondents.

Initial investigation reports estimate that the Emgoldex investment scheme has amassed hundreds of millions of pesos mostly from young working Filipinos and OFWs, done mostly in online transactions thru Facebook and other social media websites. Crimes committed in cyberspace and through the use of information and communication technologies are imposed the higher penalties as mandated by the Cyber Crime Prevention Act of 2012.

Several alleged victims filed formal complaints on November 2, 2015 to the Special Investigation Task Group (SITG) detailing how they became victims of EMGOLDEX/GIG and PIPHC. Thereafter, they executed sworn statements accusing the respondents of duping and defrauding them of their hard-earned money by way of illegal offering of securities and online solicitation of investments.

As the investigation proceeded, more victims have come forward to authorities to file cases against the respondentss. The NBI is also expected to file more cases against this investment scam.

The filing of the syndicated estafa cases by the PNP, the issuance of a Cease and Desist Order (CDO) by the SEC last 5 November 2015, and the filing of the two (2) separate cases by the SEC last 6 November 2015 before the Department of Justice (DOJ) against the same respondents for violations of Section 8 and 28 of the Securities and Regulation Code (SRC) are products of the months of investigation by the DILG, PNP, NBI, and SEC.

Under Sec. 1 of PD 1689, the elements of Syndicated Estafa are: a) estafa or other forms of swindling defined in Art. 315 and 316 of the RPC is committed; b) the estafa or swindling is committed by a syndicate of five or more persons; and c) defraudation results in the misappropriaton of moneys contributed by stockholders, or members of rural banks, cooperatives, samahang nayons, or farmer associations or of funds solicited by corporations/associations from the general public.

With the close cooperation of DILG Secretary Mel Senen S. Sarmiento, PNP Chief Ricardo C. Marquez and SEC Chairperson Teresita Herbosa, EmGoldex conspirators are facing additional criminal charges and long-term imprisonment. After the filing of said criminal charges, SEC brought the case in the attention of Anti-Money Laundering Council (AMLC) for their appropriate action. Due to the Whole of Government Approach undertaken by the Aquino administration, the Philippine economy maintains its strong economic growth with its focus on anti-corruption and good governance reforms. (PNP-PIO) Spread the love629    629SharesMajority of us are hooked on social media … 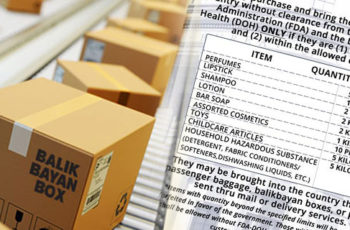 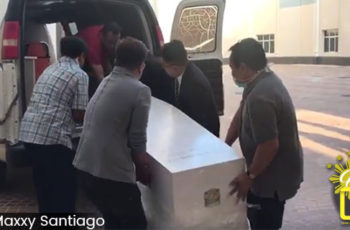 Spread the love8.5K    8.5KSharesOn November 5, the Philippine Showbiz Industry had … Spread the love     Happily ever after do exist! The living proof …