After all the negative news we’ve heard about abuses and other stuffs to Filipino domestic helpers abroad, we finally heard something that’s worth a praise!

A Filipina nanny was proclaimed as the best nanny in all UAE last Saturday. Lorna Bunio did not expect that such blessing would come to her life. The 29-year old Filipina received her awards at Dubai hotel. She is wearing a dashing ball gown and glittering earrings. She cried as she walked to the stage to receive the trophy.

Aside from the trophy, she also received Dh5,000 as cash prize which will be sent to her family in the Philippines. Other runners-up, which are both Filipina, received Dh2,500 and Dh1,250 respectively.

The awardees believed that they gave their best in their work and more than the award, the love, support and trust coming from their employers are the best things they had.

A total of 200 nannies were nominated but only three winners were chosen by almost 108,000 people who voted through Rise Facebook page, organizer of the event.

The selection for the winner goes through an intensive interview process with the employer and three panel of judges. The panel of judges includes two veteran nannies which are both British and a dietician from UAE. Stella Reid was among the three judges, known for her role in Nanny 911, a television series in the US.

The candidates were chosen based on their capability of giving a safe environment to the young children, how they can teach them to eat right, care for them evidently and learning support as well.

The organizer of the event, Rise, aims to provide help to domestic helpers save money and learn at the same time.

Founder of the award-giving organization, Padmini Gupta, received complaints at first about employers too afraid to lose their nannies when they join.

Domestic helpers offer great help to UAE residents who were too busy with their careers and family size. The event organizer added that these people, domestic helpers, who offer their life and dedication to work should be properly recognised.

Watch below video credit to GulfNews 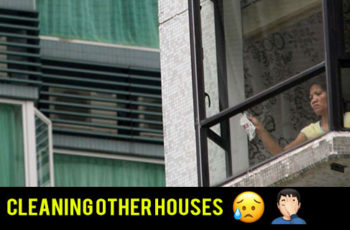 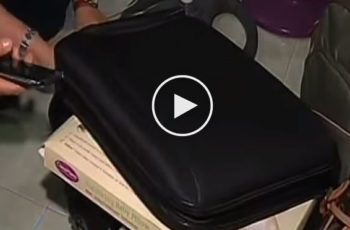