Overseas Filipino workers may now avail of the services of the One-Stop Service Center for OFWs (OSSCO) in ten provinces outside Metro Manila.

The Philippine Overseas Employment Administration, an attached agency of the Department of Labor and Employment, spearheaded the establishment of OFW one-stop centers:

At the OSSCO, government frontline services are made accessible to Filipinos who are currently working or planning to work overseas. It operates from 8:00 A.M. to 5:00 P.M., Mondays to Fridays.

The OSSCO was initially launched on 15 August 2016 at the POEA main office in Mandaluyong City.

Aside from shortening the time to process their documents, the one-stop shop is also aimed at reducing the expenses of OFWs since the services of concerned government agencies can already be availed of in just one location.

The OFW centers have already served 157,735 clients as of the second week of November 2016.

The government agencies at the OSSCO are: 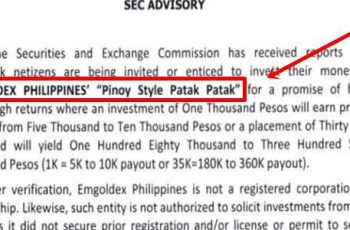