Having thought that this could be the saddest Christmas ever, these 10 Filipino Seafarers who were stranded in the international waters, were greeted by a warm surprise by a group of kindhearted Filipinos.

Hanjin Scarlet Ship was stranded in Georgia Straight, British Columbia since last August after their company, Hanjin, declared bankruptcy. Chef Carlo, crew member, said that he is totally thankful for the help rendered by fellow Kababayans.

Their basic needs such as food, internet and even their monthly salaries were still provided by their company. Though some contracts of these seafarer’s will end this January, they were not given the exact time to leave the ship. The assurance of the company regarding this matter is what they greatly need.

Volunteer Kababayan, Annette Beech, said that the current situation of these seafarers were really devastating. They can talk to their families back home but they can’t leave the ship and they do not know when they can.

The essence of Christmas were celebrated by these Filipinos despite the distance and uncertainty they are in, all thanks to the heartwarming surprise of Filipino volunteers. 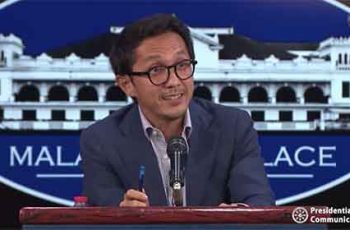 Spread the love     It will now only take five days for …