Good News! For the next decade, United States is in need of thousands of caregivers as their number of senior citizens drastically grows, according to Pilipino Workers Center.

Amidst this supposed good news, there’s a big problem regarding the America’s First Policy of President Donald Trump. According to it, if possible, the work should be given first to Americans before giving it to immigrants.

READ ALSO : HOW TO APPLY P70,000 Monthly Salaries for Housekeeper Job in Japan

But according to PWC, becoming a caregiver is one of the few jobs that Americans refuse to apply. Another hindrance to this supposed good job opportunity to Filipinos is the increasing tension between the United States and Philippines.

Despite the current relationship of both countries, Deputy Spokesperson Mark Toner, reassured that nothing has changed between the alliances of two countries. Spread the love1.6K    1.6KSharesEmployers of Landmark Group is having a trip … Spread the love16    16SharesStill looking for a job the right job … 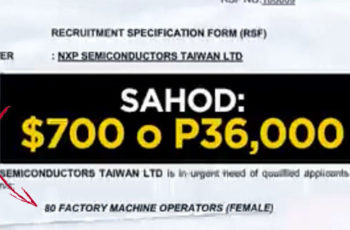 Spread the love1K    1KSharesAre you a household worker who wants to …
Tags:Caregivers Caregivers Needed In United States United State