A hong Kong domestic helper since 2014, Donna Sagudang from Baguio City Philippines begins to explore her artistic side through pencil drawing, a childhood dream for Donna.

According to Donna during an interview with Asian Times “I wanted to study art when I was a kid… but I did not have the pencils, which were very expensive in the Philippines,” as quoted by the 28-year old. Some of Donna Sagudang drawing.

“I came to Hong Kong in 2014 and started drawing during rest time last year” she added.

The hobby began with cartoon drawings and eventually progressed to portrait drawings of movie stars.

The 28-year old Filipina received many friend requests on social media when she posted some of her works on facebook, and asked her to create portraits for them. 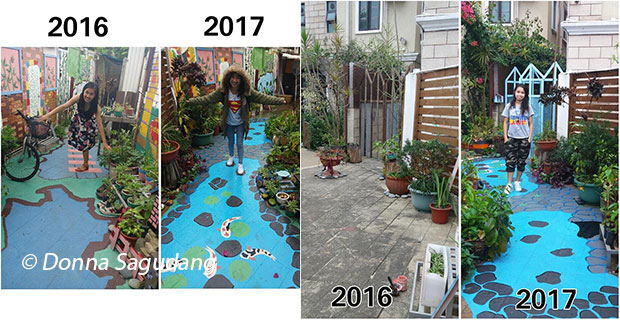 Her employers on Yuen Long even encouraged her to help them paint their house and draw whatever she wanted as allowed by her employers, she painted on the walls, garden floor and door.