Being too nosy can sometimes lead to trouble. This OFW shares a funny yet remarkable story of her own experience abroad.

This person had a dose of her own medicine when she gargled an intimate wash instead of a mouthwash.

The story was posted on Facebook which happened last May 3, 2017.

According to the OFW who posted the story, she really hates people who are too nosy but clarifies that she is not selfish.

Sadly, she has this one roommate who tend to use her things without permission. When they met, the woman confessed into using her mouthwash because she forgot to bring her toothbrush.

Confused, since she do not have a mouthwash, the other woman gave the bottle of PH Care feminine wash already half-filled.

The OFW was too shocked to even get mad. She even asked if it tasted good and the nosy one said yes especially because it feels cool.

Sharing a room with other nationalities when you work abroad is truly a pain in the ass. You will have to deal with their craziness but you cannot complain to avoid confrontations. Nonetheless, living abroad is never that easy. 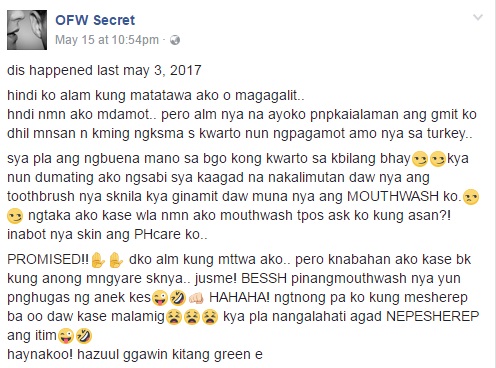 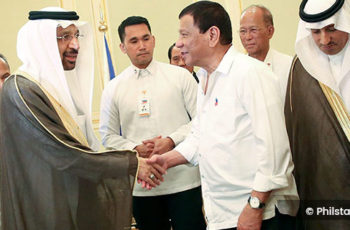 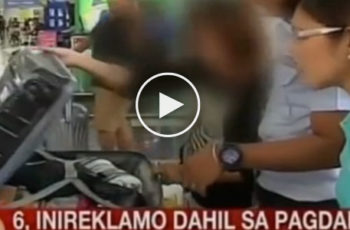