KUWAIT – It is common to hear horror stories of Overseas Filipino Workers being maltreated by their employers especially in Middle East Countries. Fortunately, that is not the case to all. Some OFWs are luckily enough to have loving and kind employers, willing to treat them as member of their family despite the differences in the nationality.

In the video, her female employer can be seen walking towards the room Jorlene, with a cake and gift on her hand. Her employer’s kids are also seen excitedly approaching their nanny.

Jorlene blew her cake. In her eyes, she is visibly flattered and touched by her employer’s thoughtfulness.

Not all domestic helpers are lucky enough to have this kind of employer. We’ve seen news all over the internet of domestic helpers, especially in Kuwait, being beaten, abused and maltreated by their employers. This time, we’ve seen the other side of these foreign employers. Not all of them are harsh and abusive. Some still has the heart to care and love our domestic helpers who are faithfully serving them, taking care of the kids and keeping their house organized as much as possible.

The video garnered hundreds of reactions from netizens.

Jorlene shared another picture of her with her employer’s kids in the comment section of her post. 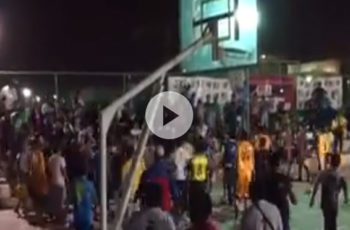 Spread the love1    1ShareA viral video of groups of Filipinos in …