A video of a Filipina domestic helper with wounds and bruises all over her body was shared on Facebook by a certain Ramyer Bryan Curt Gaayonwith hopes that someone would be able to help her. However, since they were in a hurry as her employer had been roaming around and might be able to see them while getting her personal details, they were unable to establish her identity.

UPDATE  Filipina is safe and now at Philippines Embassy Kuwait According to Arabtimes It had been a year that Filipino maid had been facing inhumane treatment and abuse since she had started working at Police officers house, it was during absence of the Officer and the family who had gone for camping the Filipino maid found opportunity to escape and headed straight to the embassy reports Al Anba daily.

MOI is expected to take legal action and refer the Police officer to the court with evidence. 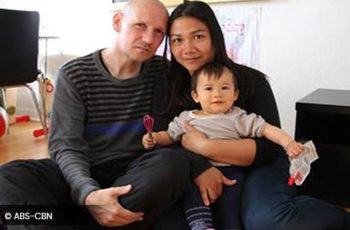