A Filipina domestic helper in Kuwait encounters an accident that left her face with painful burns.

Amor Talleser acquired burns over her face and arms after the broken oven of her employer burst and went ablaze. It was early morning, during the month of Ramadan, when the Filipina domestic helper was just trying to heat some food. However, when she lit up the oven, it suddenly burst into flames causing her second-degree burns.

According to Talleser, a huge fire broke off and her face was caught. She was sent lying on the floor.

As it turns out, the LPG of the oven is very old and already leaking. The gas accumulated because it was only manually ignited using a lighter. The fire didn’t take over the house of her employer, which is still good news.

The Filipina wants to return home after the incident but her Kuwaiti agency refused to say that she will be transferred to another employer.

Through the help of her son who posted her images on Facebook, her story became viral and her Kuwaiti agency was alarmed. She was taken to POLO but forced to sign an agreement to never report the incident in the Philippines.

Talleser was finally repatriated back to the Philippines last June and was given financial assistance from the government. 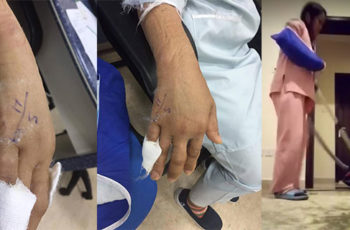 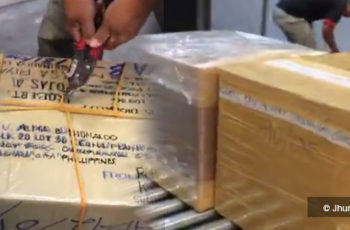