The mother of 15-year-old Fabel Pineda, the teen who was heartlessly molested by two policemen, finally returned to the Philippines.

Together with the other 300 repatriates from Kuwait, the mother of Fabel returned to her hometown in the Philippines only to see her daughter already inside the cold coffin.

Her mother was full of questions as to her daughter had to suffer such a painful death.

Meanwhile, the mother of Fabel appealed for help from President Duterte to speed up the case of Fabel.

Since Mrs. Pineda came from another country, she had to undergo a mandatory 14-day quarantine before she can go home to Ilocos Sur. She also appealed to the government to allow her to return to her province just this time.

On the other hand, the two policemen who were the prime suspect in the passing of Fabel are already facing the appropriate charges for their crimes.

The police officers at San Juan and Cabugao Police Stations in Ilocos Sur were relieved from their positions. The chief of police in Cabugao is also facing obstruction of justice charges. 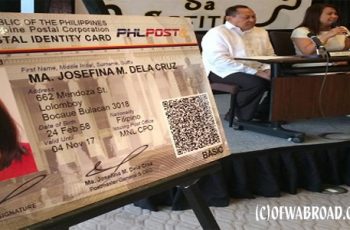