The Department of Foreign Affairs (DFA) is still verifying news that a cargo ship carrying an all-Filipino crew sank off East Vietnam Sea on Friday.

“Our Embassy in Hanoi is coordinating with Vietnamese authorities to get confirmation and more details about the reported sinking of cargo ship Bulk Jupiter,” the Department of Foreign Affairs said on Saturday.

The Bahamas-flagged ship departed from Kuantan (Malaysia) on December 30 at around 20:00 hours local time and is now confirmed as having “capsized and [sunk] about 150 NM off the Vietnamese coast,” Gearbulk Holding Limited, which specializes in conventional bulk, said in a statement posted on its website.

The ship was carrying 46,400 metric tons of bauxite in bulk, stowed in all five of its cargo holds, according to the Bermuda-based company.

The cargo ship sent emergency signals on the morning of January 2. Ships sailing nearby were asked to help in the rescue.

On Friday, one crew member–the cook–was rescued and two bodies were recovered. One of the two recovered bodies was said to belong to the ship’s captain.

“As always, we stand ready to extend all necessary and appropriate assistance to the ship’s Filipino crewmembers and their families,” the DFA stated.

Below are the list of Filipino Crew for the said Ships posted Online by Tuoitrenews.vn Meanwhile, the Vietnam MRCC said on Friday night that the owner of the Bulk Jupiter will send a representative from Singapore to Vietnam to coordinate with it in the ongoing search efforts. Spread the love     POLO Office in UAE, Temporarily Closed Because of … 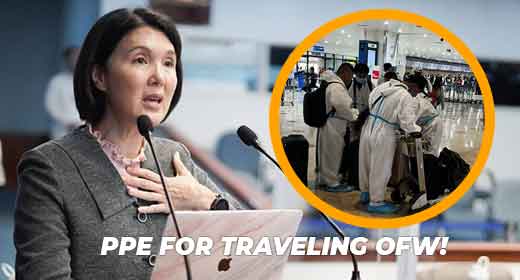 Spread the love     Have you also seen a returning Filipino worker … Spread the love     Education is not the basis of morality. Some …
Tags:Bulk jupiter Cargo ship Filipino Crew Vietnam