The Labor Ministry has reiterated that it is the right of foreign workers to keep their passports and official documents.
“Anybody violating this rule will face serious penalties,” said Taysir Al-Mofraj, the ministry’s spokesman.
According to him, holding on to employees’ passports does not guarantee that the worker will not escape, as there are many cases in which runaway workers can register again with embassies without official documents.
In case an employee is absent during the first three months, the employer can replace that worker with another one via the recruitment office, he explained.

Sultan Al-Harbi, director of Labor Office in Jeddah, confirmed that any employer that takes passports away from his expat staff is in clear violation of the labor laws.
Speaking to Arab News, Al-Harbi stated that any expatriate worker can lodge a complaint with the labor office against his employer, “because labor laws protect the rights of expat workers.”
Articles 6 and 7 of the Domestic Workers Act stipulate that both parties are protected and neither is subject to sanctions by the Labor Office, Al-Mofraj said.
As per Article 13 of the act, employers must notify the nearest police department as well as the Labor Office when a worker absconds so as to ensure there are no lawsuits or complaints against the employer.

Spread the love     Police in Daly City, California are asking the … 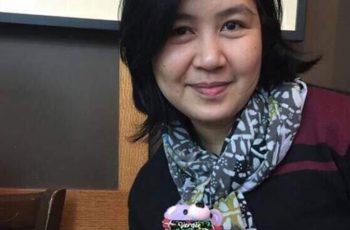 Spread the love     We wish to update you that Philippine Airlines …
Tags:Balitang ofw