Suze Orman, advisor for International Personal Finance, said that families of OFWs abroad should start saving money and stop spending too much and prepare themselves in case their loved ones stop sending international remittances.

“Anything can happen at any time and the problem that is going on out there (abroad) when one person from over there stops sending money in here, you’ve not only affected one person there but also four, five or six people over here. Then that starts the very dangerous possibility of things going wrong.” The firm statement of Orman during a conference conducted by the Bank of Philippine Island. She implied that international remittances will not flow forever and that families left here should learn to stand on their own.

Last year, a dashing $20 billion remittances were sent by OFWs abroad to their families in the Philippines but 1 out of 10 Filipinos save enough money from the remittances they receive.

Orman also emphasized the fact that Filipinos should be prepared occurrences such as loss of jobs. Also, she added that her household staff are mostly Filipinos and she knew that they are sending their entire paycheck to their families back home, leaving nothing for their own selves.

But after a year or two of doing same old habits of sending all their money and going home every year, Orman observed that they stopped going home and saved money instead. The realization strikes that they are not getting any younger and sooner or later, their jobs will all vanish and they will return home and reap what they have planted.

The financial guru also tackled the issue with regard to extended families. For her, taking care of parents is an honor but supporting your 22 year old brother who refuse to work despite being physically healthy is a big “No”.

She also encourage OFWs and their families to pay debts and invest money in mutual funds or the stock market. 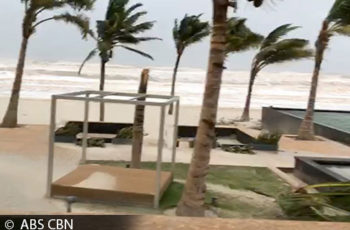 Spread the love2    2Shares“This ID should be free.” This is the …
Tags:OFW Remittance OFW tips Save Money Suze Orman