Kuwait : A Kuwaiti Citizen accused his two domestic helpers of scalding his daughter with hot water. The man said that the two Filipina women escaped from their  house after committing their crime. A security source said the man told Adan area police that his two-year-old daughter sustained second degree burns, accusing the workers of pouring hot water on her. Detectives are looking for the two. 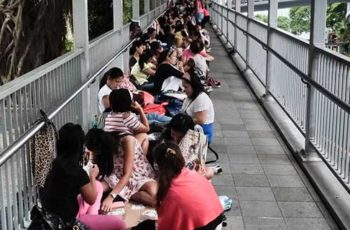