Labor Attaché Jalilo dela Torre has asked Manila’s permission to stop processing contracts of Filipino domestic workers in Hong Kong if they are required to clean windows from the outside.

Dela Torre said he sent a memo to Labor Secretary Silvestre Bello III last month to ask for “clearance” on his plan to stop verifying FDH contracts unless these have a categorical “exception” stating that the worker would not be cleaning windows from the outside. 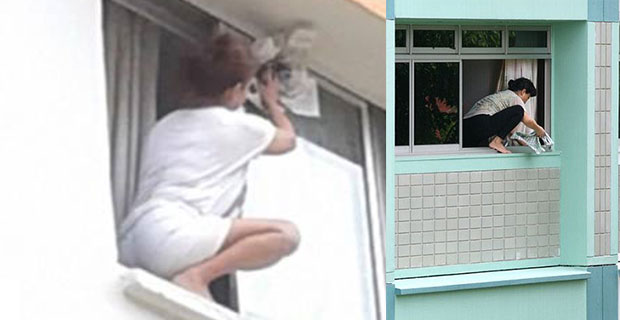 Bello is expected to visit Hong Kong in the second week of this month.

Dela Torre said he sent the memo to Bello after domestic worker Rinalyn Dulluog fell to her death on August 9 while cleaning the windows of her employer’s flat on the 49th floor of their building in Tsuen Kwan O.

He said the “exception” on cleaning windows could be specified under the heading of “Others” in the list of domestic duties for FDHs in their standard employment contract.

Dela Torre said he also met with the different associations of employment agencies here in Hong Kong to consult them on the matter but they suggested that FDHs get training on occupational safety.

Dela Torre said he would also raise the matter with the Hong Kong Labour Department during the regular technical working group (TWG) meetings. Spread the love16.8K    16.8KSharesIt is the dream of every OFW to …
Tags:FDH Hong Kong OFW Window Cleaners