Saudi Arabia is eyeing on welcoming more tourists to come and experience the grandness of the country as its government seeks to open up being a conservative kingdom and find resources for diversifying its economy. In line with this, they will be starting to issue tourist visas to foreigners next year, 2018.

Apparently, foreign travelers to Saudi are only limited to resident workers and their dependents, business travelers and Muslims who were given the privilege to travel to its holy sites on special visas.

According to Prince Sultan bin Salman bin Abdulaziz, the head of the Saudi Commission for Tourism and Natural Heritage,  hopefully by 2018, the government will be open for online application visa; thus, it will make the application much easier and will attract more people to come, experience and explore Saudi Arabia.

Crown Prince Mohammed bin Salman, the 32-year-old heir to the throne is also looking forward to developing new industries apart from the country’s dependency on oil exports.  He had also taken steps to loosen social restrictions.

In fact, many tourists were only hesitant to visit Saudi because of its conservative opinion and bureaucracy. The commission announced its plan to adopt changes by the year 2006 but unfortunately, that didn’t push through because of financial pressures where they had a budget deficit brought by low oil price and had aimed to earn billions of dollars to cover the loss.

At this point, Saudi government expressed its determination to push through with the changes including scaling back religious moralities and practices and even allowing women to drive next year.

Their economic reform programs also aim to influence local tourists and to increase their number to just spend their holidays in the country instead of going abroad.  The commission had estimated that Saudis had been spending more than $20 billion annually as they go abroad.

If the government became successful in persuading them to spend their holidays inside the country, it would reduce drain in their economy.

In an interview with CNN in August, Prince Sultan also shared that they were preparing tourist spots for the foreigners, particular resorts on about 50 islands off the Red Sea coast with first phase completion by the year 2022. They also intend to offer travels to Saudi’s historical places.

With Heir to the throne, Prince Mohammed as the first ruler of a new generation, Kingdom of Saudi Arabia is set to undergo social and political reforms to diversify its economy. 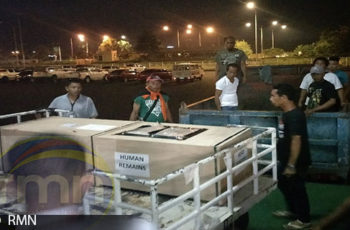