A recent Facebook post from a certain Maria Elizabeth Embry caught the attention of  netizens after she posted disturbing photos of her cousin who needs prayers and attention. Elizabeth was appealing on her post to all of their friends and relatives in Riyadh, Saudi Arabia.

According to Elizabeth, her cousin named Mamerta Sulla had just arrived in Riyadh a week ago to work as a domestic helper.  Unfortunately, she suffered maltreatment from her employers.

Elizabeth was asking for everyone’s help and prayers because Mamerta was showing signs of insanity after she suffered from the hands of her abusive employer. 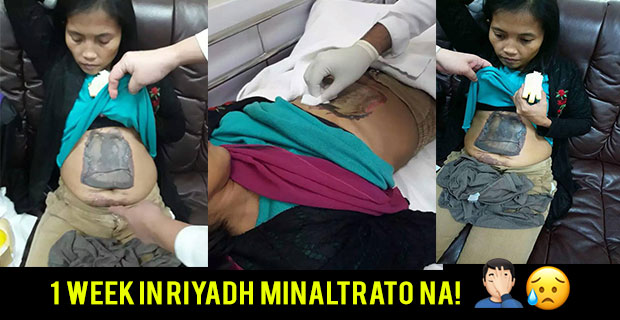 May this post reach proper authorities who would be able to give them help the soonest possible time. Spread the love     An OFW was totally dismayed and humiliated after …