The citizens of UAE (United Arab Emirates) and Saudi Arabia who had been long enjoying not paying taxes are set to pay their levy starting January 1, 2018.  The International Monetary Fund (IMF) backed Value Added Tax (VAT) will then be imposed to cope with economic loss brought by the collapse in oil prices in 2014. Despite the slow economic growth, UAE is expected to be able to collect around $3.3 billion tax collection.

On the other hand, seeing an economic boost derived from the implementation of tax collection, Saudi Arabia revealed its biggest budget in history as it plans to spend $261 billion in 2018 to fund the kingdom’s potential investments and income coming from non-oil products.

Being the world’s biggest exporter of oil and the largest economy among Arab regions, Saudi Arabia had found a way to cope with its $97 billion deficit in 2016 by temporarily suspending building projects, cut cabinet ministers’ salaries and freeze wages among its civil servants.

Saudi also cuts fuel and utilities subsidies for the very first time to be able to balance its budget by the year 2020.

As one way to derive income from non-oil products, the IMF then had recommended the Gulf countries to introduce or expand tax business profits.

Director Jihad Azour, IMF’s mid-east director claimed that VAT will be a big help to the Gulf states to lessen their dependencies on oil revenues.

“We believe VAT is an important component of the fiscal adjustment and revenue diversification plans of GCC countries and these measure are necessary for long-term fiscal sustainability.”

Last summer, Saudi Arabia and UAE had already imposed 100% tax on tobacco products and energy drinks and a 50% tax on softdrinks.

5% VAT will be applied to food, clothes, electronics, gasoline, utility bills (phone, water and electricity) and hotel reservations.  The said percentage remains significantly lesser and smaller than 20% VAT imposed in some European countries.

However, transportation, healthcare, education and domestic rental fees, as well as purchases of residential properties, will remain VAT-free. 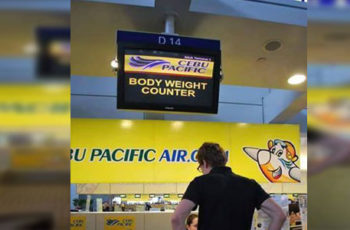