An incident involving the handling of the remains of an Overseas Filipino Worker (OFW) in Saudi Arabia confuses his family after alleged “suspicious activities”.

The family of an OFW in Saudi Arabia is asking for an investigation as they think that the OFW is still alive when he was placed inside a body bag.

A Philippine Airlines flight brought back the remains of 88 Filipino workers from Saudi Arabia and one of them is 39-years-old Jhonrey Bohol. According to the report from the Saudi Ministry of Health (MOH), the OFW passed away last May 21 due to cardio-respiratory arrest caused by COVID-19.

But Jessie, the brother of the deceased OFW, is suspicious that his brother could still be alive when he was placed inside a body bag because of a video. In the video, it can be seen that Jhonrey was still alive when he was taken by MOH officials.

When they checked the remains of Jhonrey, he was still wearing a face mask and the same clothes when the video was taken.

Jessie is asking the authorities to investigate the incident involving his brother.

According to the Overseas Workers Welfare Administration (OWWA) administrator Hans Leo Cacdac, they will be extending the call for an investigation to the Philippine Embassy in Riyadh.

“Yes we can po. We can at least convey the family’s questions to our embassy in Riyadh,” says Cacdac.

“[They] should file a report or complaint with OUMWA submitting [their] suspicions,” says Eduardo Menez, DFA Assistant Secretary. The foreign department also said that the family can file a report through the DFA Office for Migrant Workers’ Affairs. Spread the love     As they say, you can never escape death. … 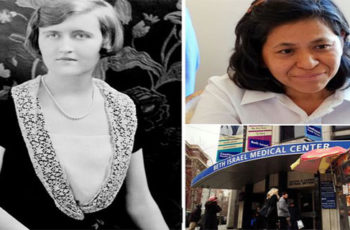 Spread the love     A Filipina in Florida, America was sentenced to … 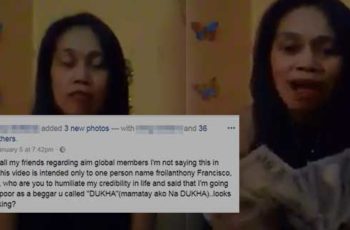