The Philippines and Saudi Arabia have agreed to resume the deployment of Filipino workers to the Kingdom by the first week of November.

In a joint statement issued Tuesday, both countries agreed to undertake joint measures “to facilitate the decent and productive employment of OFWs and ensure the protection of their rights.”

“We are grateful to Minister Al-Rajhi and the government of Saudi Arabia for sharing our concern for the rights of our workers. Likewise, we intend to move forward by working together on implementing mechanisms that would ensure the protection of our workers’ rights and welfare,” Ople said.

Ople likewise thanked the Department of Foreign Affairs and the Philippine Embassy in Saudi Arabia for their “indispensable guidance and support” during the bilateral discussions.

“We followed the President’s directive to work as a team and for the DFA and DMW to speak with one voice,” Ople said.

The Secretary also underscored the commitment of both countries for a joint partnership against the trafficking of migrant workers, which is another priority of the Marcos administration.

“There was a trailblazing convergence of concrete ideas and measures on how best to protect our OFWs while at the same time, deepening the ties between the two countries,” Ople said.

In their joint statement, both countries expressed appreciation for the significant contributions of Filipino workers to the Saudi economy, and mutual regard for a rights-based approach to labor migration as envisioned by the Department of Migrant Workers (DMW).

“The DMW recognizes the labor reform initiatives of the Kingdom of Saudi Arabia to further enhance protection of migrant workers consistent with fundamental and technical ILO Conventions it has ratified and the UN Global Compact on Safe, Orderly and Regular Migration,” the statement said.

Both countries reached a consensus to undertake the following:

The Saudi Labor Ministry also committed to reviewing a proposal from the DMW to reduce the duration of the employment contract of domestic workers to one year.

In her remarks during the start of the bilateral discussions, Ople noted the historic ties between the two countries.

“During those pioneering days of overseas employment, you needed, and we provided the best-skilled workers to build cities and structures where there was none,” Ople said.

“Today, we are here once again to help, as Saudi Arabia pursues its Vision 2030, where you have started to build new cities in pursuit of global competitiveness in various fields,” she added.

The bilateral talks, Ople said, will resume in December with the convening of a Joint Committee Meeting to be held in Riyadh, Saudi Arabia. The agenda for the JCM will include the review of wages for domestic workers and KSA’s response to the Philippines’s proposal for a shorter contract (from 2 years to 1 year subject to renewal with the written consent of both employer and worker).

“In the end, our shared goal must be to present to the world a unique and enduring partnership that will serve as the gold standard in how labor migration governance must and can be done,” she added. 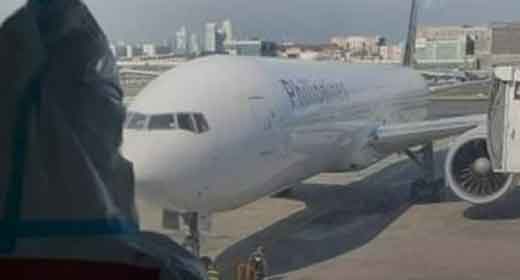 Spread the love     After repeatedly assaulting a 96-year-old woman, this foreign … 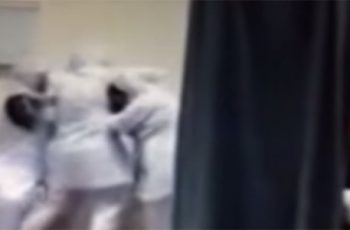