Because of the modus in NAIA, another OFW is having a hard time with her work. Gloria Ortinez, household worker in Hong Kong, was devastated upon arriving in the Hong Kong airport. It then announced that her working contract with her previous employer is already canceled. She was able to meet the child she took care since birth and they had said their heartwarming goodbyes. The child kept on crying and gave Gloria a tight hug.

The OFW’s in Hong Kong heard about Gloria’s situation, and they filed a petition for the modus in NAIA in which OFWs are mostly affected. According to the representative, OFW’s already suffered from the recent issues such as the manipulation of boxes and now another modus is creating more trouble than ever.

Thankfully, her employer called Gloria to have a serious talk in a restaurant. Her employer told Gloria that she was also crying the whole time because she was also attached to her Filipino household worker. Gloria thoroughly explained all the happenings and her employer decided to give her another chance. Her employer even gave her compensation for the long years she worked for them. Gloria Ortinez successfully got back her work.

In an interview, she said that her employer don’t listen or read news because she’s very busy with her work. 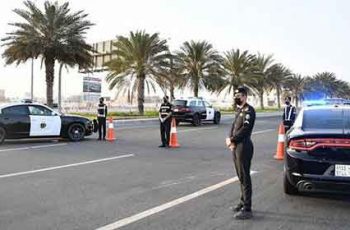