In a series of tweets, a Filipina-American woman who was also carrying her 2-year-old child was allegedly assaulted by a White woman, just before Christmas day at Target. Lisa Factora-Borchers tweeted her encounter while shopping at Target:

“A White woman was taunting me while in line at Target. When I didn’t engage, she pushed her cart into me and my two-year-old who I was holding. I yell not to touch my child and that I wanted security,” Borchers recalled. However, despite the maltreatment she encountered in front of many people, no one dared to help her.

“I’m pulled out of line while the woman escapes. Eighty folks watching, not one person helped,” she said in her tweets.

In her tweets, Borchers also said that perpetrators, specifically White aggressors, mostly get away with it.

“For me, there was no other option than to be physical in response to someone being physical with my child. And that response was not an option bc this woman would be laid out. And then guess who’s the aggressor?” she added. 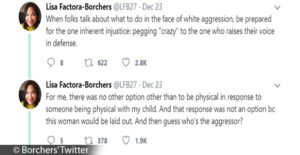 What’s worse is the fact that nobody cared to help the Filipina. Her tweets gained the attention of the public and was retweeted for countless times. 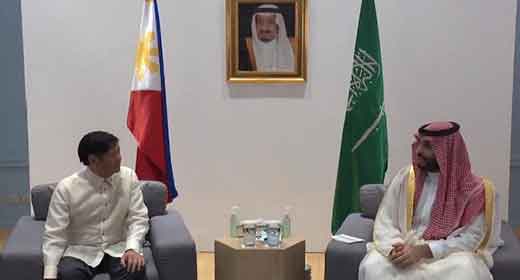 Spread the love     The prince of Saudi Arabia promised to pay …