An Overseas Filipino Worker in Saudi Arabia has raised accusations towards her employer for alleged sexual assault and physical abuse.

The said Filipina was rescued by the Philippines authorities in Saudi Arabia. According to Overseas Workers Welfare Administration (OWWA) director Connie Marquez, the OFW identified as Norevie Ugalingan was removed from her employer’s house just hours after the incident was reported to them.

Through the help of Ugalingan’s agency in KSA, the Filipina was rescued and was placed at a Bahay Kalinga, a shelter in KSA that houses distressed OFWs.

Ugalingan, will be staying at the Bahay Kalinga for the meantime until her repatriation flight back to the Philippines.

Ernalyn Hadap, the Filipina who first helped Ugalingan, said that she decided to help the OFW because of her claims of sexual abuse that started after the end of Ramadan. She found out about the situation of Ugalingan after seeing a video that the abused OFW posted on social media.

The Philippine embassy confirmed that they are more than willing to help the OFW if she plans to file a case against her employer. 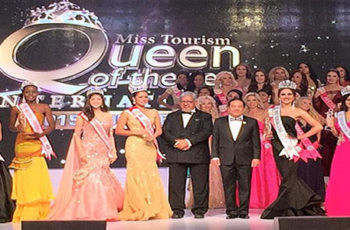