The travel ban in United Arab Emirates stays according to the recent press release by PHL President Rodrigo Duterte. In line with this travel ban, many Filipinos are affected, especially those who have expiring visas and needs to return to the Philippines or risk paying penalties.

But according to the Department of Foreign Affairs (DFA), they will give priority to those Filipinos who are pregnant and those that has expiring visas in UAE.

The DFA already prepared chartered flights from UAE to PHL starting on July 12, 17, 27, and 30. Aside from pregnant women and Filipinos with expiring visas, the government will also be repatriating families with children as well as those with medical patience that doesn’t have insurance in UAE.

Currently, there are 3,000 pending requests of Filipinos who are seeking to be repatriated back to the Philippines. This number is mostly composed of OFWs who had canceled residency visas because their employment contract got expired. These OFWs should leave the country soon or change their visa status according to the time frame given to them.

Overstaying fines in UAE costs AED125 for the first day and AED25 for succeeding days. Combined with house rentals and food, this amount could accumulate and will be very hard to pay.

According to Consul General Paul Raymund Cortes, they are already reviewing the requests based on the priority list.

“People will just need to fill out the form and it automatically goes into our list. We will be sorting out those with medical conditions, those with pregnancies, families with children, and those in danger of overstaying or incurring immigration fines,” says Cortes.

“The July flights are part of the regular government efforts. Definitely it is very, very welcome.”

A travel ban was implemented for travelers from 7 countries including the UAE to avoid the entry of a more contagious COVID-19 virus, the Delta variant.

In every chartered flight, there are approximately 350 passengers on board. 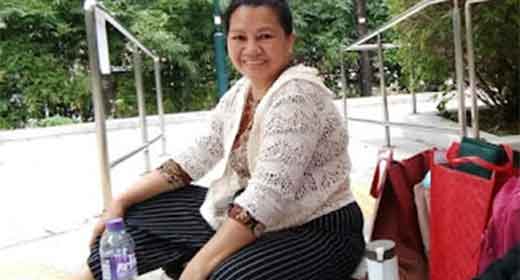