A woman in Ninoy Aquino International Airport was questioned by the airport police after a bullet was found in her possession.

The airport police in NAIA apprehended a woman who was sending off a relative abroad after a bullet was found in her bag. But according to the woman, she carries the bullet as ‘anting-anting’ or protection. She was just about to eat at a restaurant inside NAIA when the police caught her.

The police took the bullet and the woman was released.

In the previous years, it can be recalled that NAIA was engulfed with controversies because of the ‘Tanim-Bala’ or ‘laglag bala’ incident. It was later found out that some NAIA personnel placed the bullet on travelers to extort money from them. However, the strict administration of President Duterte curbs these illegal activities. Since then, passengers are more at ease when traveling to and from the country.

In the midst of the controversy, it was found out that some Filipinos actually carry bullets as amulets. According to Dr. Nestor Castro, University of the Philippines Department of Anthropology chairman, the carrying of bullets as amulets originated back way back in the American occupation of the country. It is said that bullets are effective in combating werewolves.

Usually, these bullet casings are blessed with prayers or spells that guard the owners against people with ill intentions, monsters, and witchcraft. 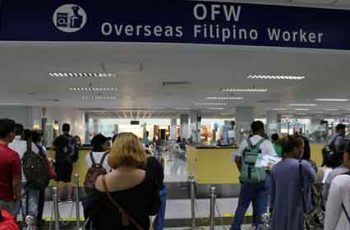