Stories of housekeepers being maltreated by their employers are circulating all around the web. But this time, a different thing happened, this maid is abusing the goodness of her employers.

In Singapore, an employer poured out her thoughts and concern about her maid who’s been abusing her. The OFW was not identified, yet according to her employer, her housekeeper keeps on neglecting her jobs.

According to the unidentified employer, her maid started working for her last December but the woman has been working with another family in Singapore for 3 years. She expected much on that long years of experience and trusted her. But the employer was totally devastated by the truth that the maid was very lazy. She can’t even clean the flat they are living in. She changes the sheets and curtains for more than a month.

The employer also said that her Filipina maid never follow her house rules especially about curfews during her day off. The maid would allegedly go to places like Orchard Tower and Burgis, to find some Indian National. The Singaporean said that her maid admitted that these Indian Nationals give her money.

At home, she is being treated like family. She has a lot of gadgets and internet connection that she can use anytime. She also shares a room with the sister’s employer.

The Singaporean was truly saddened about the behavior of the said housekeeper. She is really being treated well yet she also needs to understand that she is employed as a maid and she has responsibilities to attend to. The worst thing the OFW did was to hurt the employer’s daughter when the mother is not around, especially after confrontations.

I have employed a filipina maid last december. She seemed nice and had worked for a family for 3 years before her employer just suddenly sacked her after an argument.

Anyway, I dont mind her not being too thorough in cleaning the flat. But what I noticed is that she is lazy. She initially will change towels, curtains and sheets after more than a month. She always have her nails long even if I already told her to cut it short. We also agreed that her curfew from day off is max 10pm but now she doesnt adhere to the agreement. Even if I already talked to her about it several times. She doesnt follow the rules I gave her when she first came to my home. She would even make me look stupid when I told her she didnt do the cleaning. She’d sometimes say that the vacuum might have splattered the dust. (SIGH!).

I pay her 550 SGD per month. She shares a room with my sister. She also has internet access. She has a HP, a tablet and a computer. Also, every day off, she says that she goes to disco at Orchard Tower or Bugis. But she also told me that she wants to find a boyfriend (indian) because they give her money.

Yes. This sounds like rants but I do not know how else to make her understand that she is a maid. She even cook my daughter’s food for her own consumption.

I dont like to get into arguments or lecture her because after I do that she treats my daughter badly. My daughter always complains.

If you be kind to please give me your insights and thoughts. I am just getting tired of her excuses. 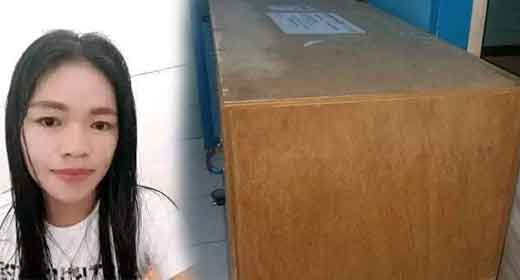