West Covina, California – A Filipina was sentenced to imprisonment with $2 million bail over attempted murder and abandonment of her own child.

She was tracked down by police authorities through a trail of blood. A CCTV footage was the proof of her criminal act. 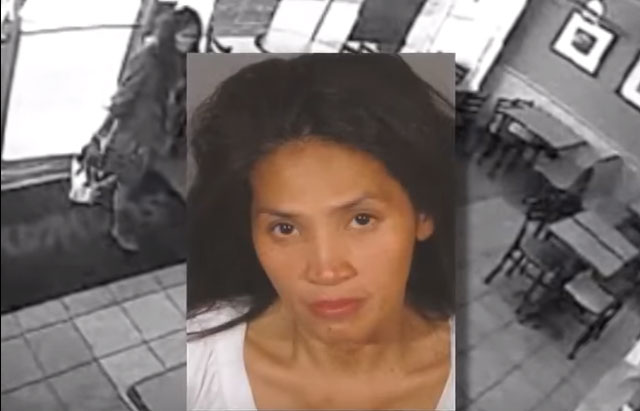 According to a restaurant customer, she noticed Trinidad leaving the restaurant bloody, she then called the attention of restaurant employees and they checked the toilet where Trinidad was seen getting out. They saw a baby boy in the toilet water, half-submerged in an upright position. They alerted the police authorities and the woman was arrested. She was first brought to the hospital.

Trinidad was seen roaming around the restaurant the day before she delivered the baby. Police authorities revealed that aside from the case she has now, she is also wanted for drug charges.

Watch below credit  to TFCBalitangAmerica Spread the love     A Filipino community in New York is staging …