Aside from Hong Kong, Singapore and Middle East, Filipino household workers has a new country to venture. The pilot testing for the sending of OFW’s in Japan is currently on going. For the meantime, approximately 50-100 domestic helpers will be sent to Japan without requiring them to learn the National language of Japan which is Nihongo because this is just a pilot testing. The pilot testing will be in Kanagawa Prefecture. The advisory was only released on March 28.

But a group of recruitment agency wants to see the guidelines of POEA to make sure that it will be in favor of the OFW’s welfare.

The number of adults that needs assistance in Japan is vastly growing. With the natural abilities of Filipinos in taking care of grown-ups perfectly suits the job prescription.

According to the Administration of POEA Hans Cacdac, they view it as a good opportunity for Filipino people to work abroad and earn more for a living.

Doreen Pecasis who is under a TESDA program also wishes to work in Japan as household helper because it will help her financially.

Aside from the assessment for domestic helpers, there are also a lot of trainees venturing welding that also likes to work in Japan.

Christine Maronilla, a single mom, previously worked as a singer in Japan. Now she is staring for welding so she can go back to work in Japan. According to her, nothing is impossible as long as you have diligence and hard work. There are a lot of work opportunities in Japan especially because they are the host for the 2020 Olympics.

POEA reminds those Filipinos wanting to work abroad to apply only to legitimate agencies and to check their website often so as to make sure that there are actually legitimate job offers outside the country.

READ ALSO : Cost of Living in Japan if you are leave out domestic helper Spread the love3.7K    3.7KSharesSeven alleged illegal recruiters got busted as they … 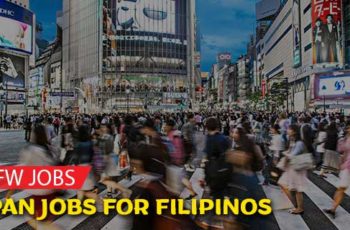 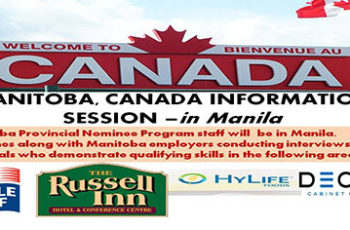