Most of us already heard about Jean Nunez. She became popular after uploading numerous videos on Facebook.

Genalyn Ladra, also known as Jean Nunez is a domestic helper in Riyadh, Saudi Arabia. But came from Cebu City. Nunez became the talk of the people after her funny videos on Facebook.

Amidst the laughter and smiles of Nunez, she actually had a dark past.

According to her, she came from a broken family. Her step-father used to hurt her physically and her mother couldn’t take good care of her. She was also deceived by a boy when she was 14 years old, which is allegedly one of the causes of her sadness.

She ended up working in Riyadh, Saudi Arabia as a domestic helper. As a means of providing aid to the sadness and loneliness of working abroad, she decided to post funny videos and amazingly, the videos captured the attention of the public. She was able to gain thousands of views for her videos and 150,000 followers on Facebook, she is a certified online sensation.

According to Nunez, her videos aim to help those fellow OFWs who are having a tough time abroad. It is very hard to work abroad especially because you are miles away from your loved ones.

As she became more popular, she started to obtain bashers and haters throwing negative comments especially with her grammar and pronunciation. But Nunez isn’t affected with these comments, she just shrugs all of them and preferred to continue making people happy with her funny videos. 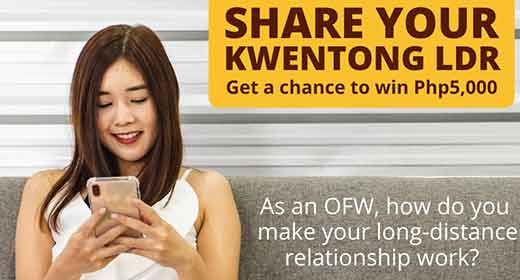