In a blink of an eye, a Filipino almost lost his hard-earned money when he left his wallet inside a taxi.  Luckily, there was this kind-hearted, honest driver who managed to give it back to him with all his money left untouched. According to the Good Times, there was a Filipino man who went to Taiwan to work as an OFW in his desire to earn money.

One night, he took a taxi on his way home.  Little did he know that he would almost lost his money when he accidentally dropped his wallet in the taxi.  Soon, he started to panic when he discovered that his wallet was missing containing a ‘huge’ amount of money in it.

According to the police, they received a report about a Filipino worker asking for help at the New Taipei Three Gorges Police Corps.  He said that he accidentally dropped his wallet inside a taxi which he took on his way home. Apparently, aside from the US$40,000 he had saved, his wallet was also containing his allowance for daily expenses.  Worse, he claimed that the money which he was supposed to send to his wife was also in it.

Shortly, the police were able to trace the taxi that the OFW took that night.  Luckily, they were able to contact the driver who then found the wallet and committed to return it to the owner. After the wallet was surrendered, the police immediately called the Filipino to inform him of the good news. Unfortunately, he was unable to answer their call so the police decided to look for him on the place where he works. When the Filipino learned about the good news, he cried out of so much joy for feeling relieved that he had his hard-earned money back.  He then thanked the police for the assistance given to him.

Inspired by the story? Always believe that there is goodness in everyone. 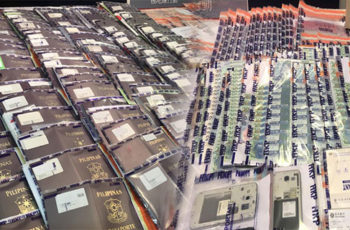 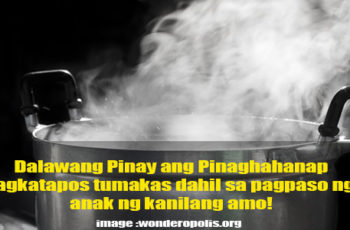