After the unfortunate event at the Ninoy Aquino International Airport (NAIA), where the Xiamen Air Flight MF8667 slipped the runway, Overseas Filipino Workers (OFW) affected by the mishap fell in line to get P5,000 assistance given by the Department of Foreign Affairs (DFA)

According to GMA News, affected OFWs were queuing since 8 A.M. but officials from the Department of Foreign Affairs arrived later, around 10 A.M. after withdrawing money from the bank.

But then, OFWs need to spend more than P5,000 because of the delayed flight. They need to re-apply for their visa and re-book their flights, things that are expensive and hassle.

A certain Silvia Guardacsa works as a domestic helper in Saudi Arabia. However, her re-entry visa expired as she was not able to get in time because of the flight cancellations in NAIA. Now, she needs to borrow money to apply for a visa which is already costly.

“My husband only works as a construction worker. My children are studying, some are still formula-fed. That’s the reason why I really need to go work outside the country,” says Guardacsa.

Another OFW affected by the flight cancellation was identified as Emilinda Roque. She needs to go back to Riyadh by Friday so she resulted in borrowing money just to rebook her flight.

“According to them, they will call and send us a text message but they never did so I just went here personally,” says Roque.

Furthermore, those OFWs who are lucky enough to leave the country despite the delays can still get the assistance. They just need to proceed at the Philippine embassy offices of the respective countries they are in.

“In case they already left the country, they can go to the nearest embassy or Philippine consulate in the country where they are working and they can get P5,000, an amount with equivalent currency as per the exchange rate,” says Sarah Lou Arriola, DFA Undersecretary for Migrant Workers Affairs. 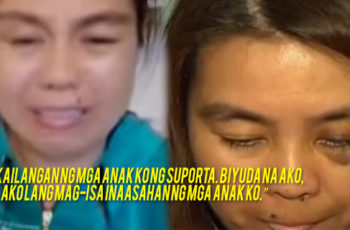 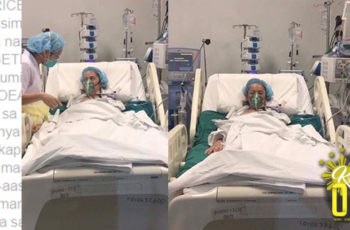