However, this OFW decided to ran off as she can’t withstand the maltreatment she received from her employer.

A Filipina domestic helper in Saudi Arabia ran away after employer allegedly abused and want to get her passport and money. 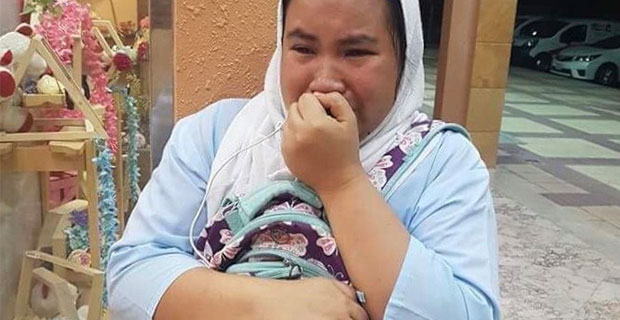 The OFW was identified as Marilyn Nunez, 32, hailing from Olmedo Street, Himamaylan, Negros Occidental. Another kababayan saw her and asked why she was on the streets. She took a rest for a while because of too much exhaustion.

According to Nunez, she ran away because her employer maltreated her and even attempted to get her passport, money and other personal things. That’s when she decided to run off and went to the nearest police station waiting for the Philippine Embassy to rescue her.

Saudi Arabia is home to thousands of OFWs hailing from different provinces and cities in the Philippines. Though there are success stories, there are also horror stories that are quite terrifying.

Always remember that when you go abroad for work, choose a legitimate agency who can help you in case of abuse and maltreatment. Also, take note of the phone number of the Philippine Embassy so you can contact them and ask for help. Spread the love     Recently, a viral video of an Overseas Filipino …