The Overseas Workers Welfare Administration was able to grant a return ticket to Kuwait to the children of Jakatia M. Pawa to be able to visit her grave in Sulaibikhat Cemetery in  Al Asimah, Kuwait.  Jakatia was an OFW who was convicted of murder and was sentenced to death last 2010 by the highest court in the Middle East Emirate. READ :The Last Wish of Jakatia Pawa – OFW executed in Kuwait by Hanging.

The assistance provided to her children, Hadisza  Pawa Alama and Amenchadrha Pawa Alama was pursuant to OWWA Board Resolution no. 003, Series of 2017 which was aside ftom the grant that provides education and livelihood assistance for  them. Jakatia’s children were still melancholy as they walk towards their mother’s grave. “Jakatia is still a huge part of her children’s everyday life and always will be.  It was a tragic  that she isn’t here anymore to see her children go to college, get a job or get married,” Satria Pawa said.  Satria is the wife of Col. Angaris Pawa who also joined Hadisza and Amenchadrha on their visit. While the start of 2017 may be hard for Jakatia’s children for their mother’s untimely death, Director Hassan Gabra T. Jumdain and OWWA as a whole,  has been able  to exert best efforts to ease their lives. 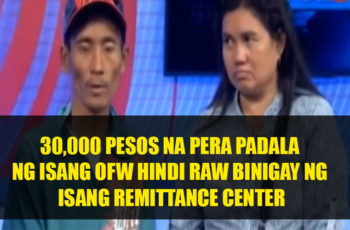 Spread the love8.5K    8.5KSharesHow hard is it to work abroad? Others …
Tags:Jakatiya Pawa kuwait OFW OFW in Kuwait OFW NEWS