Nearly 17 years imprisonment was the sentence given to a Filipino bartender after he got involved in drug trafficking last year.

30-year-old Richard Marc A. Benoza was given his sentence on September 20 and it was decided that he will be spending 16 years and nine months in prison after he was caught trafficking a total of 3.6 kilograms of ketamine.

“You pleaded guilty to one count of trafficking in a dangerous drug. You brought in from Bangkok 3,588 grams of ketamine on Jan 24, 2019,” says Court of First Instance Judge Audrey Campbell-Moffat.

According to the judge, Benoza went to Bangkok last January 22, 2019, without carrying any luggage. He stayed in Bangkok for two days and returned to Hong Kong already carrying a suitcase that contains clothes and packets of ketamine intentionally disguised as dried mango as well as coconut meat.

If the dangerous drug reached Hong Kong, its supposed value would have reached $2,057,200.

According to the legal counsel of Benoza, his client is well aware that he did something wrong. However, he refused to name the people involved in drug trafficking. 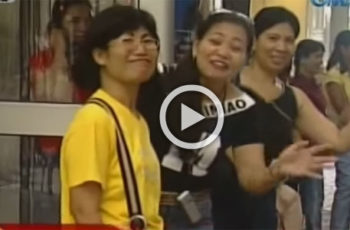