Bad news to all OFWs in Singapore – approximately 150,000 OFWs will get affected by a new policy which will soon be implemented this July. This policy focuses in giving limit to the growing number of foreign workers who are working in Singapore.

The said policy was initiated due to the high volume of complaints from Singaporeans, said the Singaporean Ministry of Man Power, Victoria Tulad.

Singaporean Nationals are seeing these foreign workers as great competitors when it comes to job hunting, social services and even housing and education.

This policy has long since placed but a properly detailed regulation of the said policy was further released last February, making it the worst for workers coming from other countries.

The regulation states that:

Approximately 150,000 OFWs were affected by the recent change of policy

The Philippine Overseas Employment Administration (POEA) released a statistics showing the number of OFWs in Singapore which are more or less 146, 613. The total population of Singapore is approximately 5.31 million and 1.49 million out of it are foreign nationals. With that huge number of foreign individuals living in Singapore, the country is tagged as the third most popular destination for OFWs aside from Saudi Arabia and United Arab Emirates.

Meanwhile, Filipinos are not the only once affected by this policy. All foreign workers can feel the changes once it is fully implemented.

Worst case scenario happened when a certain Filipina decided to get laid of due to this policy. A lot of other foreign nationals are resorting to different tactics just to have their visa extended.

Watch below report from GMA News Spread the love     The Department of Labor and Employment recently signed … 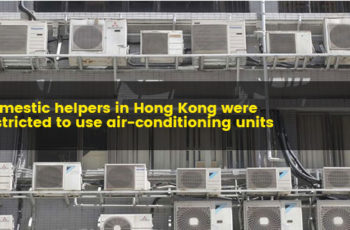 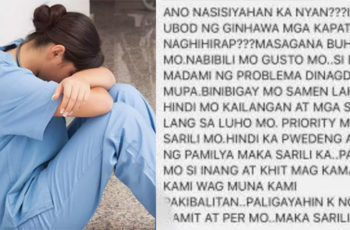