A suicide bomber has attacked the Saudi city of Medina, close to the Prophet’s Mosque, one of Islam’s holiest sites, according to local media reports.

Four people, including two security guards, have been killed in an explosion outside the Prophet’s Mosque in the Saudi Arabia’s Medina, Islam’s second holiest city, sources tell Al Jazeera.

Photos on social media show smoke billowing from a fire outside the mosque where Prophet Muhammad is buried.

The cause of the explosion on Monday evening was not immediately known. Some reports suggested it was a suicide bombing, while others said a gas cylinder had blown up.

Qari Ziyaad Patel, 36, from South Africa, was at the mosque when he heard a blast just as the call to sunset prayers was ending.

Many at first thought it was the sound of traditional, celebratory cannon fire, but then he felt the ground shake.

“The vibrations were very strong,” he told the AP news agency. “It sounded like a building imploded.” 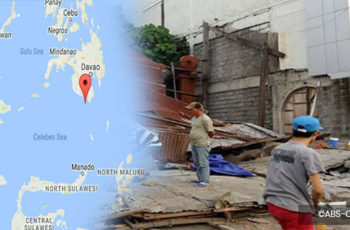 Spread the love5.6K    5.6KShares In the middle of many news circulating …
Tags:Saudi Saudi city suicide bomber