Working abroad is without a doubt hard and needs professionalism at the very least. However, there are still a lot of Filipinos who tries to venture this opportunity for a greener pasteur. Some are lucky enough to find decent paying jobs while other suffer from the abuse of their foreign employers.

Same thing goes to this woman who is visibly suffering from too much hard work. A certain Fei Alsiyang posted in her social media account a video of herself doing work intended for men. She captioned the video by saying that she is asking for help because of too much work her employer is giving her.

The video garnered the hearts of netizens, most of them are angry towards the abusive employer. This issue should reach the appointed government agencies so as to render help as much as possible. 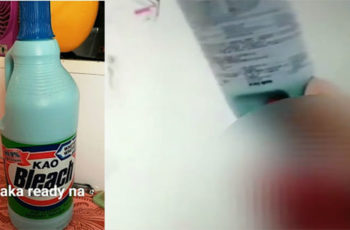