Nothing is sweeter for this OFW than to be finally reunited with her family where she feels safe and warm in her own home.

On September 18, Racquel Fabroz dela Cruz, a Filipina overseas worker was back in the loving arms of her family.  She was repatriated by the Department of Foreign Affairs after she had recuperated from being injured when she tried to escape from her abusive employers.

Apparently, dela Cruz worked as a domestic helper in Russia for two years.  She complained of her employers who allegedly failed to give her salary on time including overtime pays.  When she expressed her desire to transfer to another employer, her things were held by her employers to prevent her from leaving.  The Filipina then jumped from the second floor of the apartment as she tried to escape which caused her to suffer from broken back and legs.

Luckily, the Philippine Embassy in Moscow came to the rescue and helped her out.  And when she had recovered from her injuries after 7 months, she was sent home to the Philippines to be with her family.

Philippine Ambassador Carlos Sorreta in Moscow said they were pleased that dela Cruz had returned home after the tragic incident that she went through.

“We are very pleasured that our kababayan is finally able to return to the Philippines with her family after the ordeal that she went through,” she shared. 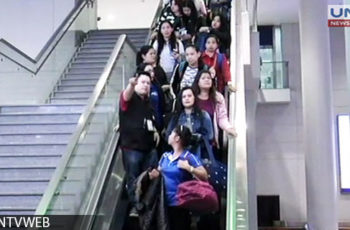 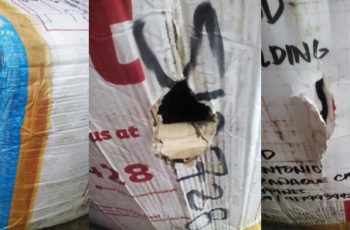 Spread the love     Filipinos who want to go to the United …
Tags:OFW in Russia OFW NEWS OFW story Russia OFW