According to Consul General Imelda Panolong of the Philippine Consulate in Jeddah, 409 Filipinos were put behind bars in the Western Region of Saudi Arabia from January to October, 2017.  She said most of the cases were drug-related.

Filipinos with theft cases totalled to 21 and another 21 with case of falsification of public documents.

Panolong claimed that most of the Filipinos with cases of falsification of public documents were nurses who had submitted fake employment and experience certificates.

Filipino women who were jailed due to immorality and prostitution totalled 13.  On the other hand, 11 among them were because of unsettled debts and 9 due to murder.

However, out of the 409 jailed Filipinos, there were only 212 Filipinos left behind bars as some of them had already been deported to the Philippines or had served their sentences as of November this year.

Panolong then reminded the OFWs in the Kingdom of Saudi Arabia to always submit themselves to the laws of the country to avoid getting into trouble, face charges and be put in jail. 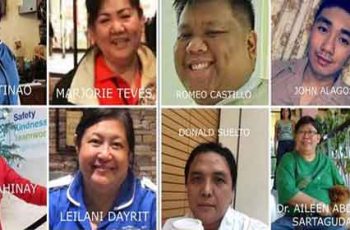 Spread the love      The Department of Foreign Affairs has reported that …
Tags:Jail In Saudi Pinoy In Saudi Saudi Jail