Hong Kong families have to pay 25% increase in salaries of Overseas Filipino Workers (OFWs) if they really wanted to keep them.

Hong Kong families are under pressure after OFWs are considering a greener pasture in China.  With affluent families in China, they are to hire English-speaking Filipinos to prepare their children for higher education in  America, Britain, Australia and other countries.

In his statement, ACTS-OFW Rep. Aniceto Bertiz III claimed if they wanted the OFWs to stay working for them, they are to increase by 25% their compensation. The said increase will benefit 190,000 Filipino domestic helpers working in Hong Kong.

“If Hong Kong wants to stay competitive and keep on attracting dependable and educated Filipino household staff, it has to bump up at a faster rate their minimum pay.”

He shared that the Labor Department of Hong Kong is expected to announce on September the improvements on the minimum wage and other benefits after reviewing them.

Advocates for the rights of domestic helpers in Hong Kong are pushing for an HK$5,500 monthly minimum wage which is 25% higher than their current pay of HK$ 4,410 per month and a food allowance of HK$1,053 monthly.

On the other hand, even without the demand for more domestic helpers in China, Hong Kong would still be needing 250,000 domestic helpers more in the coming years to look after the increasing number of their elders.

As of this writing, 53% of the total working foreign domestic helpers in Hong Kong are Filipinos.

Meanwhile, in earlier reports, the Department of Labor and Employment said there are 300,000 available jobs for Filipinos in China specifically service workers, caregivers, musicians, nurses and English teachers. 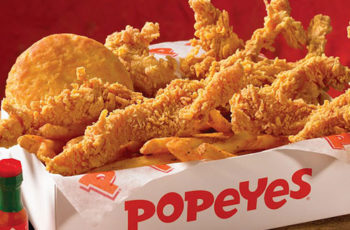 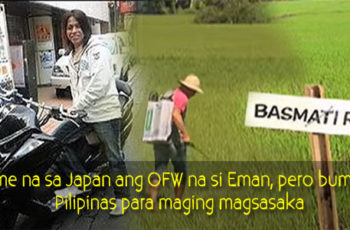 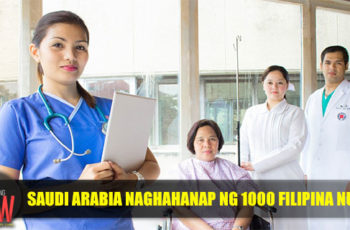